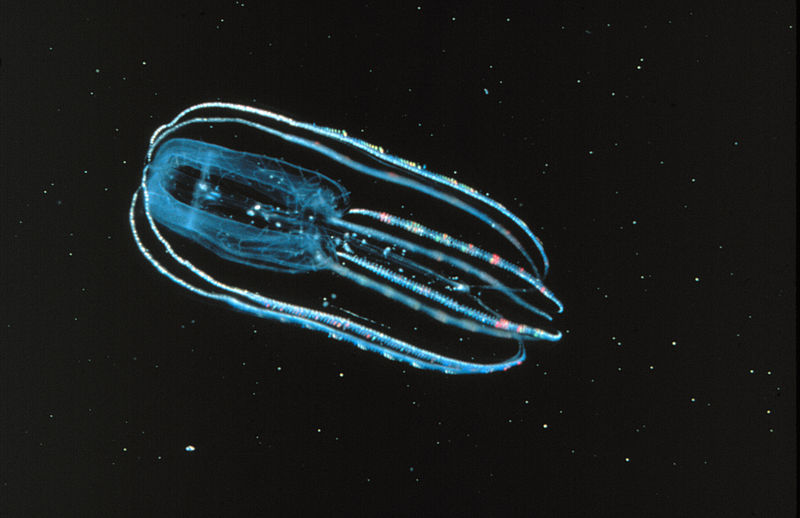 In the history of the animal kingdom, our oldest cousin was neither a sponge nor a sea anemone, but a ctenophore: a small, transparent, gelatinous marine carnivore. In any case, this is what a study published in the journal Nature Ecology & Evolution reveals.

To have the chance to appear on the genealogical tree of the animal kingdom, it suffices to meet the following criteria: to be composed of several cells having a nucleus, to be generally mobile and to have to feed on organic matter to survive. These are the criteria which distinguish animals from all other forms of life and which bring together millions of species, each as different as the next. But what was the first, the pioneer? This debate has been going on for more than a century. Until recently, most evolutionary biologists believed that sea sponges (Porifera) were our oldest cousins ​​due to their inherent biological simplicity. But these sponges do not appear to be the oldest forms of animal life.

A recent study published in the journal Nature Ecology & Evolution may well overturn one of the most controversial aspects of the theory of evolution by pointing the finger at the Cnetophores, and their small locomotor cilia. A priori more « complex », having a nervous system and muscles unlike the first sponges, the ctenophores would nevertheless be the first line to have diverged. These results, already advanced in 2008 and then in 2013, had aroused controversy within the scientific community at the time. This time, a team of researchers led by biologist Antonis Rokas, of Vanderbilt University, explains in the journal Nature that they have specially designed a new type of genetic analysis to try to settle the question once and for all.

Because, in addition to the symbolic significance of these results (we all descend from this creature), these new data could indeed make it possible to resolve certain contradictions in the field of phylogenomics, the study of evolutionary biology integrating genomic data:  » The current method is to collect large amounts of genetic data, analyze this data, establish relationships and argue that their conclusions are correct due to various improvements they have made in their analysis “, explains Antonis Rokas.  » It worked very well in 95% of the cases, but the technique will have led to seemingly irreconcilable differences in the remaining 5% « .

Until now, the idea was to build a « plausible » family tree using all the genomic data collected. Here, the team of researchers focused on comparing genes shared by all organisms. By analyzing hundreds of thousands of sequenced genes from targeted organisms in an attempt to resolve animal heredity issues, they then determined that the Cnetophores represented the oldest branch of the animal family tree.