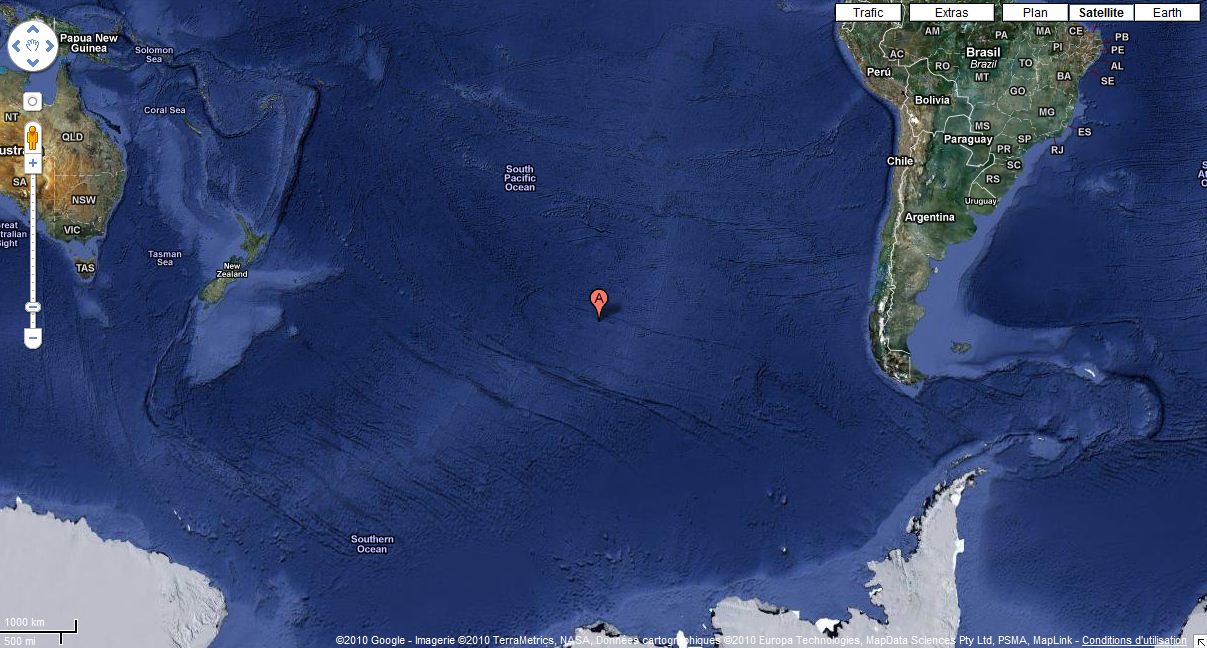 There is enough to feel very lonely at Point Nemo (or Maritime Pole of Inaccessibility), that is to say the point of the ocean furthest from any emerged land on our planet. Indeed, from this point, the nearest coast is some 2,688 km away and the humans who come closest to it are… in space.

It owes its name to a beautiful reference, that of Captain Nemo, commander of the submarine Nautilus in Jules Verne’s novel Twenty thousand leagues under sea, published in 1869–1870. Point Nemo, or Maritime Pole of Inaccessibility, designates the farthest point from any land surface on our planet, and it is located in the South Pacific Ocean, in an area which, moreover, knows very little maritime routes.

The GPS coordinates of this Point Nemo are as follows: 48° 50′ S 123° 20′ W. From there, the nearest land mass is Ducie, an uninhabited atoll in the Pitcairn Islands (United Kingdom), located at 2,688 miles north.

Unusual! Point Nemo is so far from land and so few sea routes pass through this region of the Pacific that the people who are regularly closest to it are not on Earth… Indeed, they are the astronauts who populate the Space Station International, which orbits between 330 km and 410 km above the surface of the globe. It is moreover this purely maritime zone of the South Pacific which is generally preferred by the various space agencies to drop the equipment at the end of the mission without risk for the world population.

According to the BBC, there are more than a hundred space wrecks occupying these unfathomable depths.