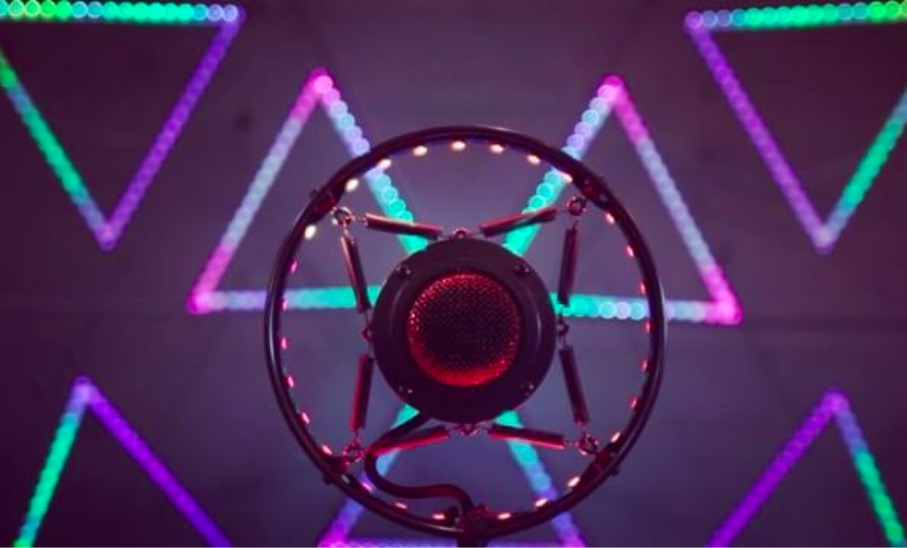 Deaf from birth, Myles de Bastion has always been passionate about music despite the frustration it has sometimes involved in his life. In order to share music and make it fully live by the deaf, he has developed a system capable of translating sounds into animated and colored lights.

American-British in his thirties, Myles de Bastion was born deaf and despite a certain frustration vis-à-vis music, not being able to fully enjoy it in the moment like his musician friends, he is an audiophile and music represents his whole life. He then dedicated the latter to wanting to bring music and deafness closer together with a mission: to transcribe music into lights and colors to make it accessible to deaf and hard of hearing people.

A musician and computer software designer himself, Myles de Bastion has managed to develop a technology based on an LED lighting system that translates music. Thus, sounds, frequencies, voices and volumes are translated according to different lights that flash and change color.

With this technology, he founded CymaSpace, in order to allow all deaf and hard of hearing people to access music at the same time as those who listen to it fully and live it. He brings this concept and introduces it to many music festivals with some success, and this allows deaf and hearing people to experience musical communication together, but also to discover new things about each other.  » For me, the best reward is when I see a deaf person and a hearing person sharing a musical moment of life. Where previously they might not necessarily have attempted to interact, now they share a meaningful experience. They learn something from each other says Myles from Bastion in the video below, published by Narrative.ly.