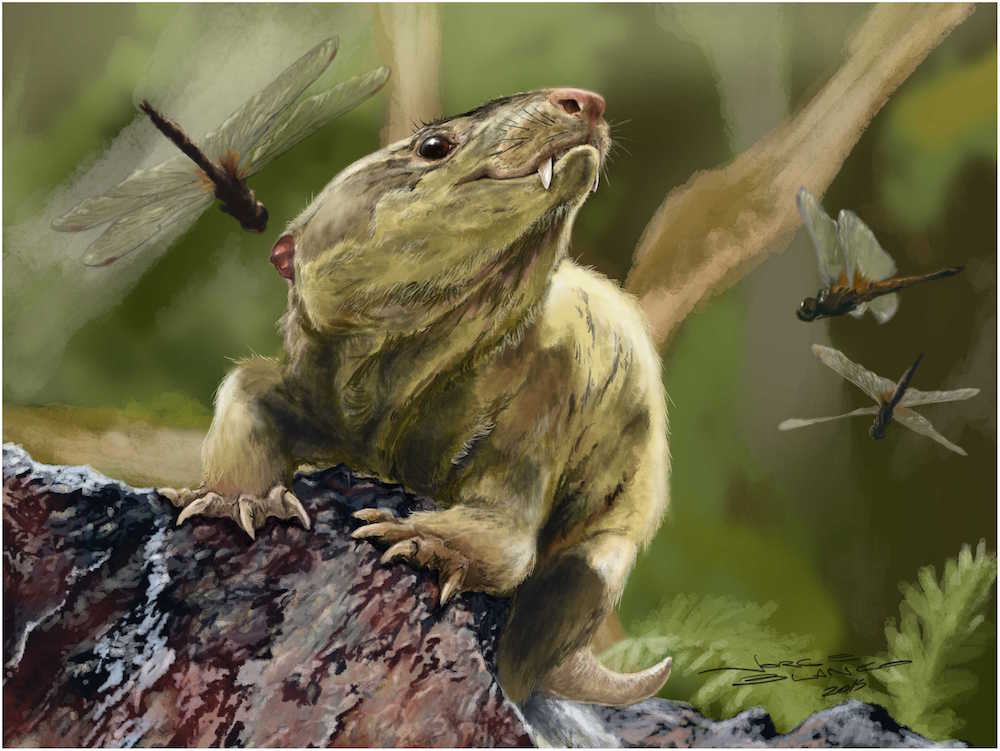 Analysis of fossils of two small reptiles, which roamed ancient Brazil around 235 million years ago, sheds light on how mammals began to develop in the late Triassic.

The cynodonts, which appeared during the Upper Permian around 260 million years ago, are today considered « mammalian reptiles », which would have given rise to all living mammals. Their descendants today are divided into three large groups: monotremes, which lay eggs (like the platypus), marsupials whose females have an abdominal pouch (like the kangaroo) and placentals, to which we belong.

Two small skulls and a jawbone dating to around 235 million years ago and stored at the back of a cupboard since 1946 at the Museum of Earth Sciences in Rio de Janeiro, Brazil, were recently analyzed by a team of paleontologists. What provide us with valuable clues as to how mammals have developed from these small creatures.

“These new fossils help us understand in more detail the evolution of pre-mammals, which gave rise to the group of mammals in which we humans (Homo sapiens sapiens) are included,” explains Agustín Martinelli, paleontologist at the University of Rio Grande, Brazil, and lead author of this study.

The second species, discovered from the remains of a lower jaw, was baptized Abdalai Santacruzgnathu, and was half the size of B. schultzi, about 15 cm in length. The shape of its jaw and the animal’s dentition are particularly reminiscent of « those of the first mammals », Martinelli said.

Note, however, that while these two creatures gave rise to all living mammals, the two newly discovered cynodonts lived millions of years before the very first known mammal appeared: a shrew-like creature that only lived on Earth about 160 million years ago. Nevertheless, ithe two new species give us a glimpse of what our older furry cousins ​​looked like.