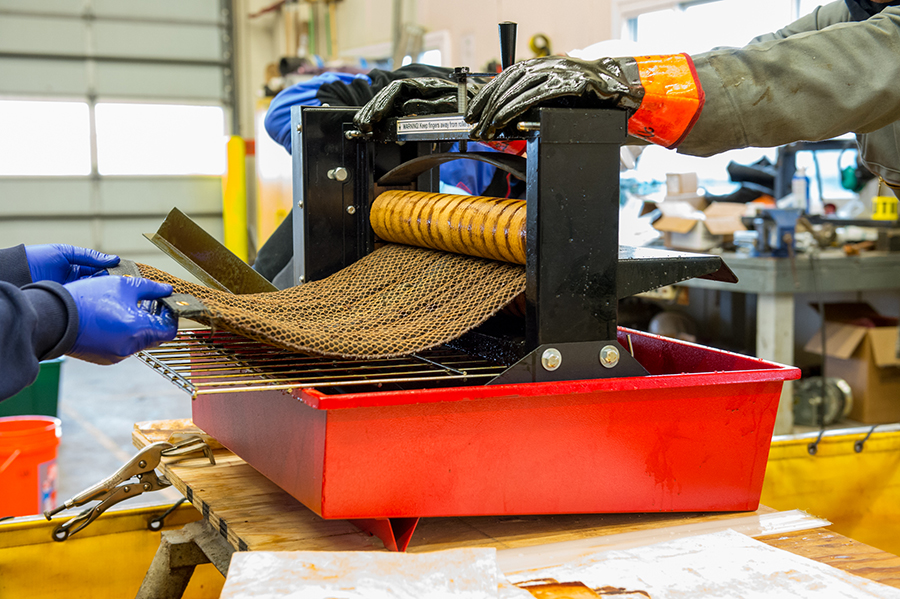 This is an invention that can be particularly useful. The Oléo Sponge is currently being demonstrated in a basin filled with water in which it absorbs oil and petroleum with disconcerting ease.

The Oléo Sponge is a reusable sponge developed by the Argonne National Laboratory located near Chicago (USA) in conjunction with the US Department of Energy. The capabilities of this sponge offer great prospects.

Obviously, the Oleo Sponge is not used for washing dishes or cleaning floors like a mop! Its mission is more noble: to recover hydrocarbons. Its composition gives it the ability to absorb oils, but especially petroleum throughout the water column, not just at the surface. At the end of the process, the sponge is reusable, as is the recovered oil.

If the molecules capable of capturing oil were already known to researchers, the difficulty lay in making a usable and also durable material. The Oleo Sponge is mainly made of polyurethane foam, which is usually used in the insulation of houses or in the composition of furniture cushions.

This polyurethane foam was then flanked by a layer allowing the capture of hydrocarbons. More precisely, the researchers used a nanotechnology of their creation to infuse a first layer in the famous foam, then changing its chemistry and allowing the integration of a second layer capable of attracting hydrocarbons.

“We have carried out between ten and a hundred tests by wringing the sponge out after each use and we have not yet observed any sign of decomposition”, says Seth Darling, co-founder of the process, in an official press release from Argonne National Laboratory.

It is planned to use the Oleo Sponge for the cleaning of ports in which hydrocarbons accumulate due to the movement of ships. However, the prospects are even greater according to the researchers, with the latter indicating that the sponge could capture something other than water. It would be enough to change the captor molecules!