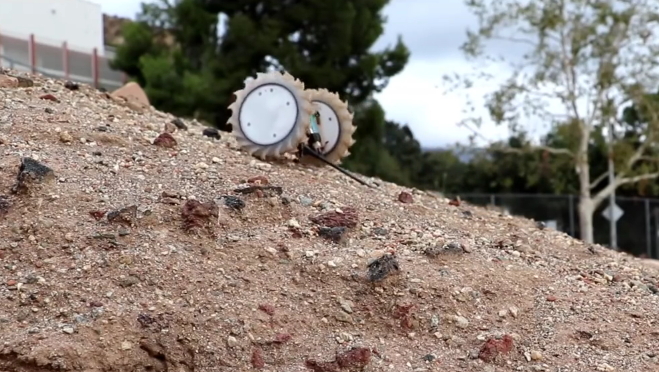 Puffer is a robot that looks rather amazing since it is inspired by origami, the famous Japanese art of paper folding. Developed by NASA, this inexpensive machine is also characterized by its small size which would allow it to sneak into the most inaccessible corners!

The Puffer or Pop-Up Flat Folding Explorer Robots designed by the US space agency through the Jet Propulsion Laboratory (JPL) will undoubtedly be part of the first Mars exploration mission. The latter was made with the aim of moving easily on any surface. As for its small size, this gives it the ability to reach places that are usually difficult to access.

The Puffer robot is designed to be integrated with a « parent robot » such as a rover that will release it if necessary to go to areas that it cannot observe by itself. After its mission, the Puffer will have to return to it in order to transmit the information collected and thus communicate with the scientists present on Earth.

Currently, several prototypes of this same robot are being tested in the Mojave Desert located in southern California, a site that includes formations similar to those on the Red Planet. Indeed, Puffer is not afraid to sneak, to climb certain passages or to fall from several meters in height without incident. Equipped with studs, various sensors and cameras and having the ability to instantly switch between forward and reverse, Puffer is undoubtedly a great asset in the exploration of Mars.

NASA would also like to use it in the exploration of other lands in the future, such as Europa, Jupiter’s moon completely covered in ice. Multifunctional and robust, Puffer also has another remarkable quality: its low manufacturing and transport costs. This could therefore make it possible to build several of them and send them in packs to the same site!

A small demonstration? Watch the videos below: