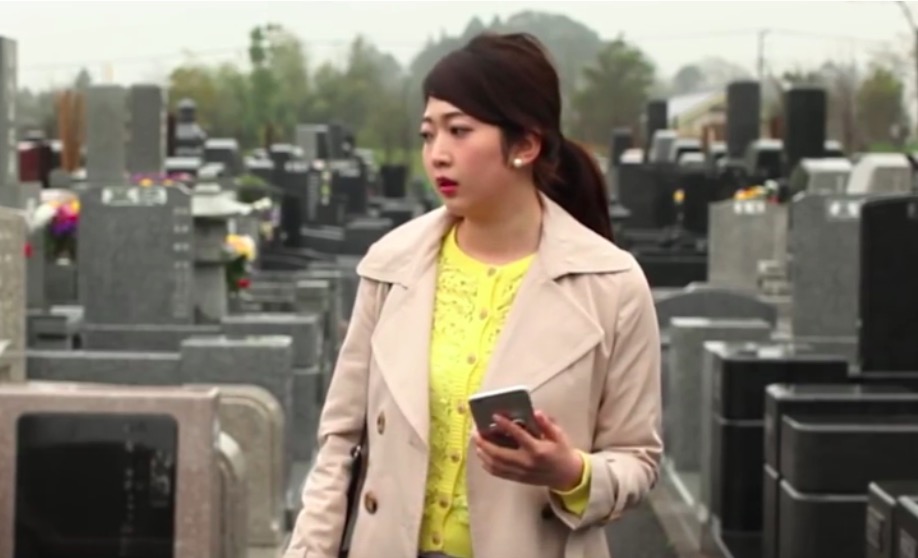 In Japan, a funeral director has just launched a Pokémon Go-style application to obtain pre-recorded messages from deceased people in scimitars or otherwise. A way for loved ones to say goodbye to their parent in an original way.

On August 15, 2016, an application called Spot Message was launched in the land of the rising sun. The latter uses the same principle as the now famous augmented reality game Pokémon Go. However, it is in no way a question of catching small monsters, but of capturing the message of a loved one who has lost his life, a declaration recorded before death.

According to the Japan Times, the origin of the Spot Message application is a Japanese funeral company named Ohaka Ryoshin, located in Chiba Prefecture. The president of this company, Yoshiyuki Katori explains the beginning of this adventure:

“My uncle who was a painter died eight years ago after falling from a great height while working. His death was so sudden, it turned his family’s lives upside down. I respected him enormously, so I often go to his grave talking to him in my head when I have work problems. I thought it would be comforting if he could speak to me from his grave, with messages like, ‘How are you?’ or ‘Hang on' »

The messages are therefore recorded in augmented reality, and any user has the ability to record a dozen for free, embellished with photos or videos. The paid function allows you to save around thirty messages and share them with more than 200 people. Relatives will then be able to see a mixture of virtual images affixed to the real image of the deceased, in places defined by the latter, whether it is his grave or another place.