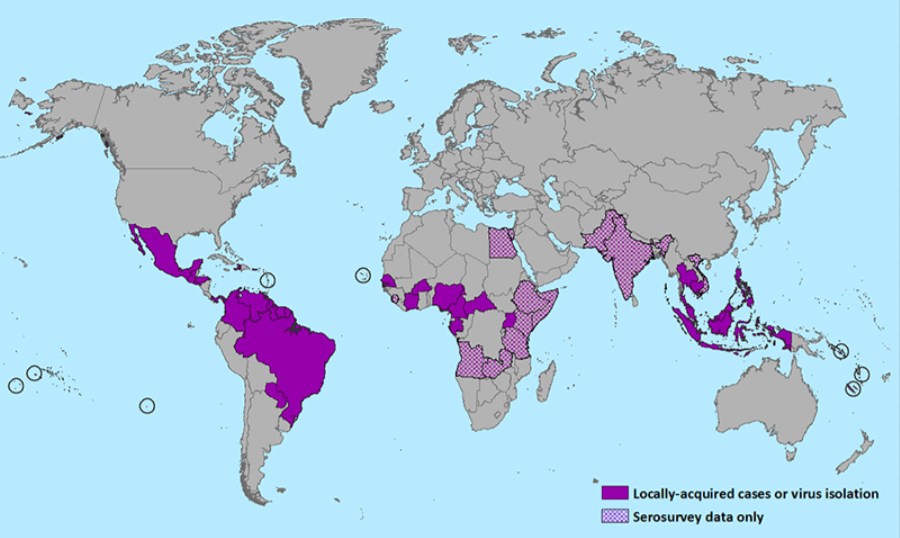 According to a Canadian public health expert, the Olympic Games to be held in August 2016 in Rio de Janeiro (Brazil) should be moved or delayed. His fear is that the epidemic will become truly global and that it will end up impacting countries whose insufficient health system will not be able to live up to it.

Nearly 500,000 people are expected in the city of Rio de Janeiro during the games to be held from August 5 to 21, 2016. These hundreds of thousands of visitors will come from all over the world and the following question naturally arises: can Rio host this crowd without risk? Brazil is the territory most affected by the Zika virus, although this fact has been rather masked by the political crisis currently affecting the country.

To answer this question, a statement was recently published in the journal Harvard Public Health. This long comment is that of Amir Attaran, teacher and specialist in public health, working for the faculties of medicine and law at the University of Ottawa (Canada). His advice for more security is to geographically move or postpone this competition. The person concerned fears a « risk of dissemination » Zika virus around the world.

Recall that the Zika virus appeared in Brazil in 2015, and that since then it has been detected in nearly fifty countries. Transmitted by type mosquitoes Aedes aegypti, the Zika virus causes pain and fever while many people are infected without showing such symptoms. This disease is also responsible for birth defects, as some children are born with an underdeveloped brain and an undersized skull (microcephaly).

In February 2016, the Zika virus was declared “public health emergency of international concern” by the WHO and Amir Attaran indicated in the columns of the Guardian that maintaining the Olympic Games was unethical, given the health risk involved: “Is this what the Olympics represent? »

Rio city province (Rio state) has recorded 26,000 cases of the Zika virus since its appearance, the highest number in Brazil, with an incidence of 157 per 100,000, the fourth rate in the country. These figures then amount to saying that the city of Rio is in the heart of the epidemic.

“We are working with our partners in Rio on measures to deal with pools of standing water around Olympic venues, where mosquitoes breed, to minimize the risk of visitors coming into contact with them” said the Olympic committee, which prefers not to talk about postponing or moving the games, but about preventing mosquito breeding.

In addition, the Olympics will take place during the winter season in Brazil, which theoretically makes the activity of mosquitoes less important, and therefore the number of potential bites that can inoculate people with the Zika virus. However, Amir Attaran explains that the city of Rio has never experienced a winter in the presence of the Zika virus, and that this data should not really be taken into account.

Athletes and visitors will meet for these games, from all over the world. According to the expert, the organization of this competition could promote the spread of the Zika virus in countries that have not yet been affected, for example Nigeria, India, or even Indonesia which, in addition to being very populous countries, do not have the same means as Brazil to fight such an epidemic.