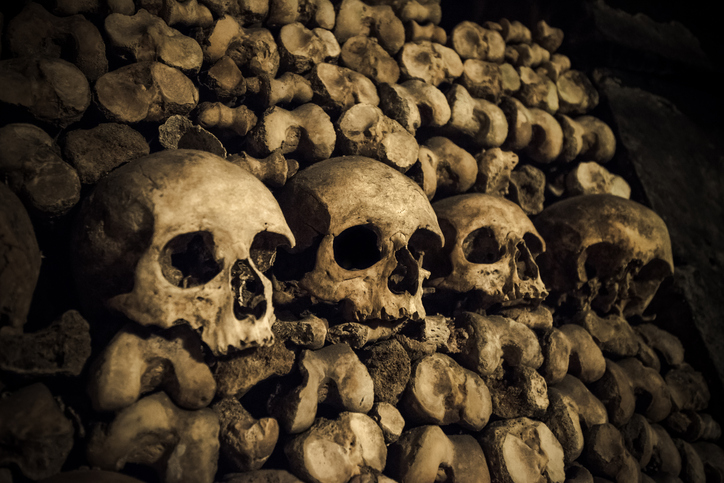 A recent study published in the Journal of Anthropological Archeology reports the discovery of around 30 bones in a Spanish cave that bear traces of cannibalism. So, ritual practices or consequence of a food shortage?

Times were sometimes difficult in Europe in the Stone Age. It is therefore not surprising that we can find here and there bones of our ancestors gnawed by other humans as evidenced by this discovery made inside a cave about an hour’s drive south of Valencia. , in Spain, which may well be the first example of proven cannibalism among humans living in the western Mediterranean.

Archaeologists have indeed analyzed about thirty bones discovered over the last decades which seem to belong to at least two adults and a young child. Three cranial remains have been identified, more specifically attributed to a « robust » adult, a leaner adult and an infant. Animal remains with similar markings were also discovered at the site.

Many of these bones were obviously cut and hammered with stone tools according to the study. They were also heated and possibly bitten by other humans, scattered among the remains of other animals such as ibex and deer. Curiously, the differences in radio-carbon dating suggest that this happened on at least two separate occasions. But then, was it a ritual practice or was it a sign of a food shortage?

While cannibalism is taboo today, it is not at all uncommon in nature or even in our own past. There are two major types of ritual cannibalism. On the one hand exocannibalism which consists in the consumption of the vanquished enemy. It’s less about feeding on your body than making it disappear forever to appropriate its strength or its relentlessness in combat. And on the other hand, endocannibalism which is an emotional testimony, the recognition of a link that one wishes to maintain within the same social group. But detecting anthropophagic practices in ancient cultures is not a simple task.

Distinguishing the marks made by our own teeth from those of an animal is not easy. On the other hand, the marks left on the bones leave no room for doubt for the researchers. But why did they do it? It still remains a mystery. Humans have been known to eat each other in times of despair, to honor the dead, or to insult an enemy, whether from their own family or an outside group. It is possible that these Men were confronted with other Men of different cultures, leading to conflicts or competition for resources. The many animal bones, sea shells, and vast array of resources in the surrounding environment at the time, however, make the food shortage hypothesis somewhat less likely.