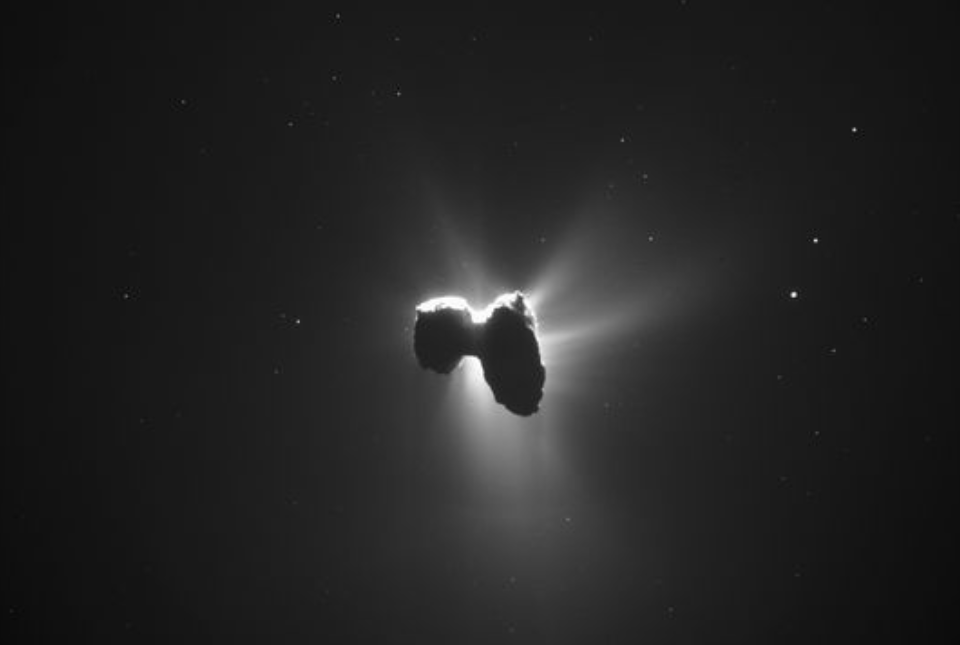 A fine discovery was made by the European Rosetta probe on comet 67P/Tchourioumov-Guérassimenko, known as “Tchouri”, with the detection of two two ingredients essential to life on Earth on the latter, glycine and phosphorus.

The idea that comets could have played an important role in the appearance of life on Earth is growing, in particular thanks to the latest revelation offered to us by the European probe Rosetta, which recently detected two essential ingredients for life on Earth on comet Tchouri, namely phosphorus and glycine, as reported in the journal Science Advances. Today, more than 140 different organic molecules have already been identified in the interstellar framework, but this is the first time that the amino acid glycine and phosphorus, a key element, have been detected there. DNA and cell membranes.

» The multitude of organic molecules already identified by Rosina on comet 67P/Tchourioumov-Guérassimenko, to which are now added glycine and phosphorus, – fundamental ingredients of life -, confirm our hypothesis that comets have the potential to bring the essential molecules of prebiotic chemistry“, underlines Matt Taylor, the scientific manager of the Rosetta mission of the European Space Agency (ESA).  » Demonstrating that cometary nuclei are reservoirs of primitive materials in the solar system and that they could have transported these key ingredients for life on Earth is one of Rosetta’s main goals and we are delighted with these results.“, he adds.

As part of NASA’s Stardust mission in 2004, traces of glycine had already been detected in the dust from comet Wild 2. But scientists could not rule out the possibility of terrestrial contamination of the samples during the analysis of this dust, then brought back to Earth.

Here, for the first time, multiple detections of this amino acid have confirmed its presence in gases and water vapor emanating from a cometary nucleus.  » This is the first definite detection of glycine in the thin atmosphere of a comet“, emphasizes Kathrin Altwegg, from the University of Bern in Switzerland, leader of the Rosina project (the Rosetta spectrometer) and main author of this work.  » We found strong correlations between glycine and comet dust, suggesting that glycine came from grains mixed with ice that melted as the comet nucleus moved closer to the sun.“, she continues. Unlike other amino acids, glycine is the only one that can form without liquid water, the scientists add. The origin of the phosphorus detected in the thin atmosphere of comet Tchouri has not yet been determined, they conclude.