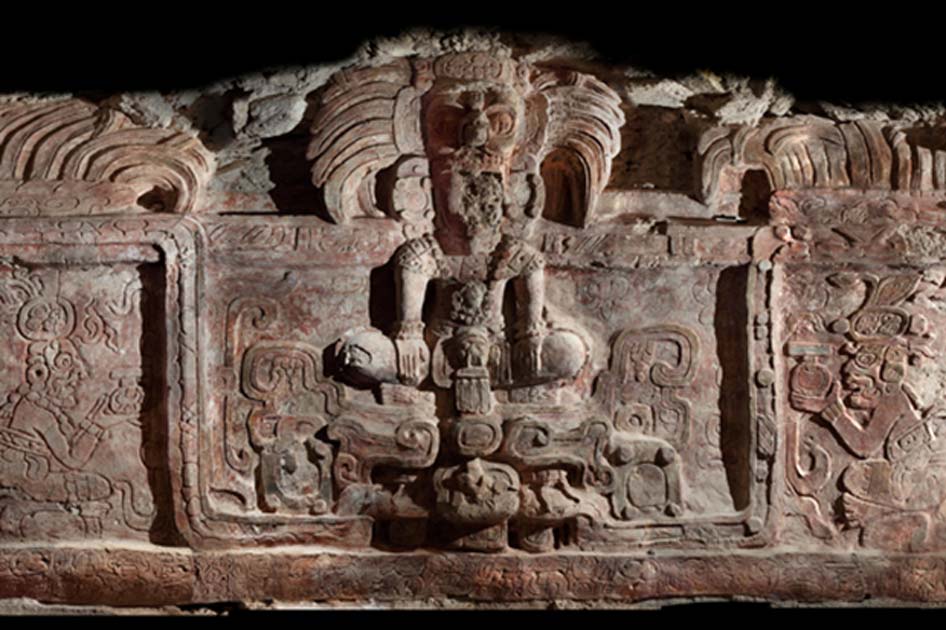 In Guatemala, archaeologists have unearthed two Mayan tombs that « miraculously escaped » looters. The recovered artifacts could tell us more about the mysterious Serpent Dynasty.

The tombs, found in the ancient ruins of Holmul, about 500 kilometers north of Guatemala City, date from between 650-700 AD, when pre-Columbian civilization still dominated these lands, just before it mysteriously fell. Inside the tombs, artifacts found could give us new clues to the history of the Serpent Dynasty, rulers of the Maya Empire 1,300 years ago, who ruled for several generations about 160 km to the north. tombs of Holmul.

Among the treasures, in the first tomb were found the skeleton of a middle-aged person whose teeth were encrusted with jade, a custom of Maya royalty, as well as a human tibia with inscriptions engraved on it, « a very, very rare find”, as archaeologist Francisco Estrada-Belli, in charge of the excavations, reports. Epigraphists are on the job trying to decipher the badly eroded text.

Archaeologists have also made another fascinating discovery: hieroglyphics belonging to the Serpent Dynasty. This family ruled the Maya empire for decades 1,300 years ago and used serpent heads as their emblem. A carved frieze near one of the tombs notably depicts five rulers, but the person discovered inside the tomb is probably not one of them, says the archaeologist, the ceramic found in the tomb suggesting that the deceased would have lived long after these kings.

The second tomb, placed under another pyramid, also housed the bones of a middle-aged person, accompanied by ceramic offerings and a jade necklace, a sort of « war trophy » whose inscriptions suggest that it belonged to a distant king. The team’s epigraphist, Alexander Tokovinin, said « this was the first-ever finding of a jade artifact with the name of a serpent king inscribed on it. » The inscription reads “Yuknoom Ti Chan, Holy King of Kaanul. We know today that the king in question was a member of the mysterious dynasty, but his reference in a tomb discovered so far from his lands, a hundred kilometers away, suggests that his influence stretched much further. than we thought.

The ancient site of Holmul, in the Petén basin, is today considered one of the most fascinating places of Maya culture. In 2013, a team of archaeologists revealed that they had discovered a monumental frieze measuring eight by two meters, representing the torso and legs of a ruler seated on the head of a Mayan mountain spirit.

For Francisco Estrada-Belli, also in charge of the excavations at the time, the human figures represented could be deified high dignitaries: « three main characters dressed in rich attire of quetzal feathers (the national bird of Guatemala) and jade , sitting on top of hills personified in the form of monsters,” he said.