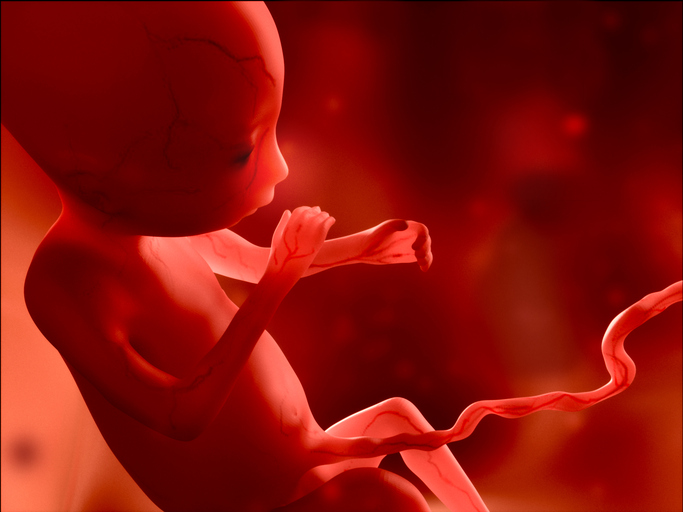 A real feat has just been achieved by two French researchers who have made a series of unprecedented observations of the anatomy of human embryos aged 6 to 14 weeks. A combination of three techniques allowed them to  » go from drawing to reality « .

» Dive into the heart of life. Go from drawing to reality « . These are the words used in the CNRS press release to describe the feat achieved by Alain Chédotal, INSERM research director, within the Vision Institute (INSERM/UPMC/CNRS) and Paolo Giacobini at the Jean Pierre Aubert research center (INSERM/University of Lille). This feat offers us 3D photos and videos of several tissues and organs of human embryos and fetuses aged 6 to 14 weeks.

Until then, the representation of embryos and their organs was only illustrations resulting from the assembly and interpretation of data from the analysis of thin sections observed under a microscope. To put an end to these incomplete and imprecise representations, the teams of the two researchers combined three techniques (immunofluorescence, tissue clarification and microscopic observation) to disseminate the first real 3D images of embryo tissues and organs. A website has also been put online to allow everyone to consult these photo and video data, at this address.

The first of these techniques consists of locating organs using fluorescent antibodies capable of binding to tissue proteins. Then these organs are immersed in several solvents to eliminate membrane lipids and only preserve the architecture of the organs and thus allow light to pass is the clarification. Finally, the third step, thanks to a microscope and its two-micrometer thick laser, the transparent samples were scanned. The last phase is the restitution by computer of each plan of the organ in photo then in 3D.

» What we observed confirmed the known data in embryology, but it is the first time that we have obtained real images of tissue organization in such detail. In particular, we discovered things that it was not possible to see without specific marking. For example, we succeeded in distinguishing the sensory nerves (which transmit sensory signals to the brain) from the motor nerves (which are connected to the muscles), which was impossible at the time. “, explains Alain Chédotal. From now on,  » we can get an idea of ​​the rate of cell proliferation for each organ by counting fluorescent cells at different embryonic ages “, he adds.

» We offer our free access films there and will enrich it as we produce new ones. We would also like other laboratories to be able to complete it with their own work. The objective is to make it an international image bank to have a real 3D atlas of the human embryo during the first trimester of development, with possible research organ by organ. There is both a didactic purpose, but also a clinical utility, especially for surgeons who operate in utero and will thus have precise images of the tissues of the embryo or of their nervous and vascular system. “, conclude the researchers.