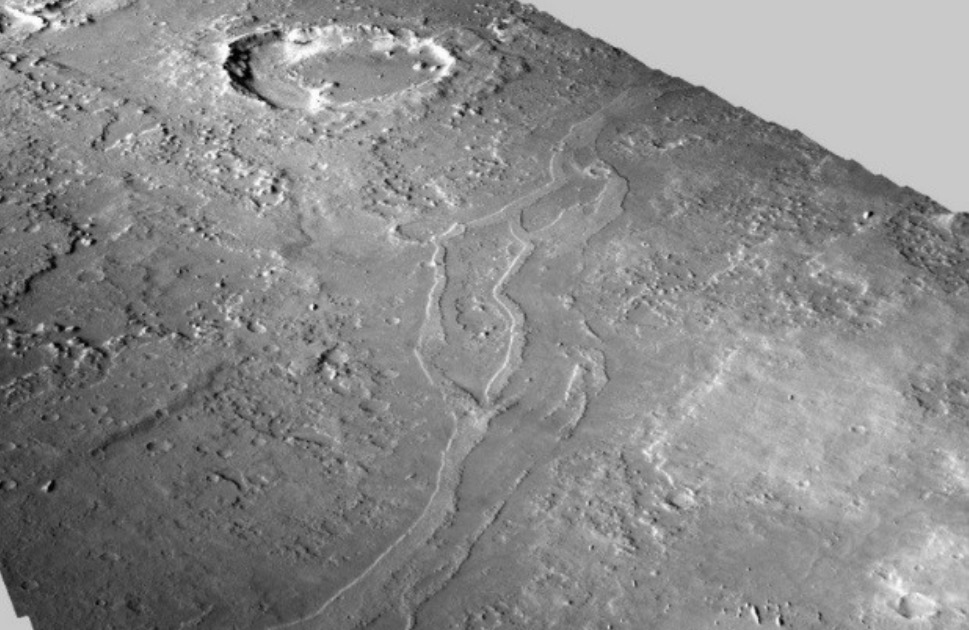 The now cold and dry red planet once had a hot and humid climate around four billion years ago. These are the conclusions drawn by a team of researchers, who analyzed a network of fossilized rivers discovered on Arabia Terraa vast region of ancient land located in the northern hemisphere of the planet.

The University College London team, led by Joel Davis, announces the discovery of more than 17,000 km of ancient river channels, providing further evidence that water did indeed flow on Mars. “We found evidence of extensive river systems in the region ofArabia Terrain the northern plains of the planet, which support the idea that Mars was hot and humid around 4 billion years ago, providing a more favorable environment for the appearance of life”, explains the researcher.

Since the 1970s, scientists have already identified valleys and channels on Mars, carved out by rain and surface runoff, just like on Earth. Similar structures had never been discovered on Arabia Terra, until the team of researchers analyzed NASA images in high resolution (6 meters per pixel compared to 100 meters per pixel before). Examination of images covering an area roughly the size of Brazil will reveal the existence of numerous fossilized river systems spread across the plain.

“We believe these rivers were active between 3.9 and 3.7 billion years ago, but gradually dried up before being buried and protected for billions of years, which may have preserved all the ancient biological material that might have been present at that time,” Davis added.

« These ancient Martian floodplains would be excellent places to explore to look for evidence of past lives, » said Matthew Balmelecturer at the Open University and co-author of the study published in the journal Geology.