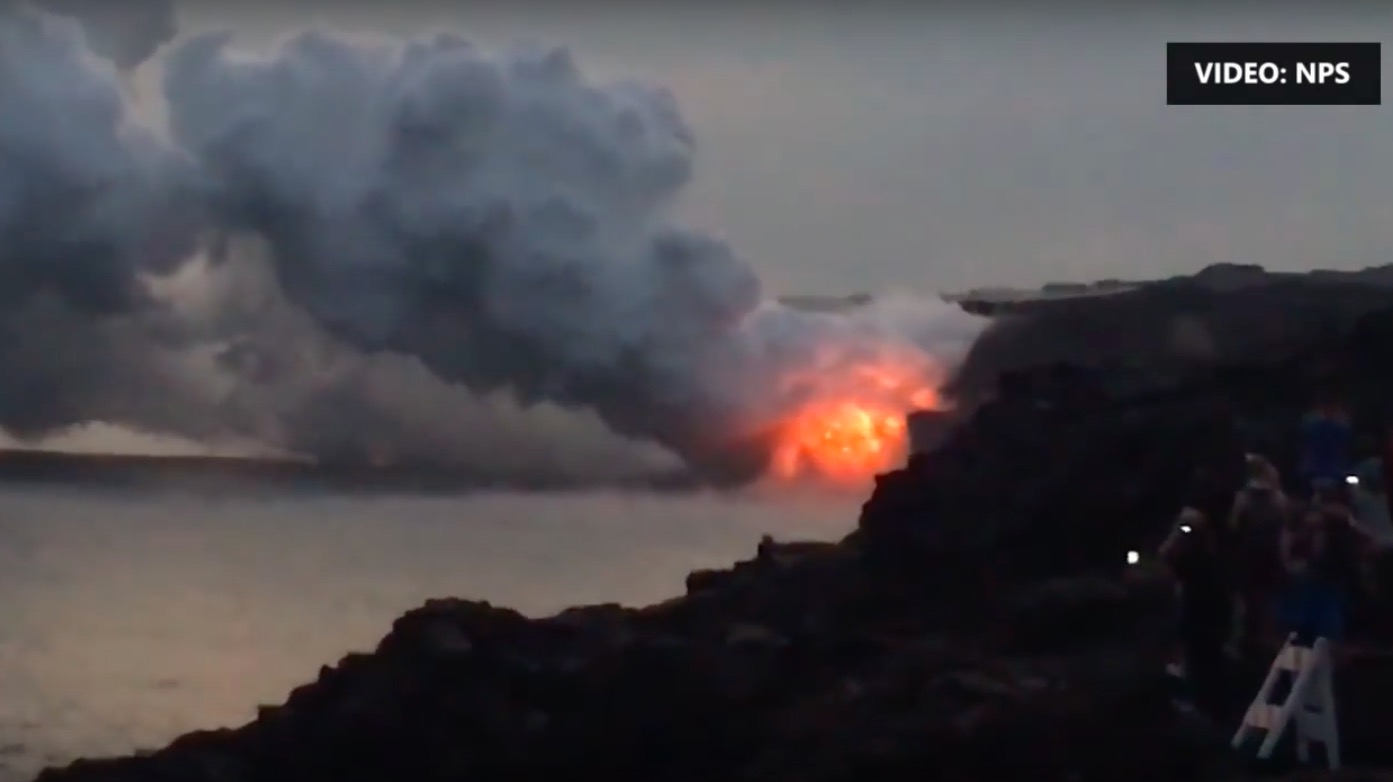 A large portion of the lava delta collapsed at Kamokuna shortly before New Year’s Eve, December 31 at 2:45 p.m. propelling boulders into the air and creating a series of large waves that eroded a portion of the ancient cliff and viewpoint.

Since its awakening, the Kilauea volcano located on the largest of the islands of Hawaii has poured a continuous flow of lava which gives rise to an impressive marriage of fire and water. Indeed, the lava rejected by one of the craters of the Pu’u O’o volcano flows into the sea about ten kilometers from the volcano, offering a unique spectacle. However, this seemingly innocuous and very beautiful phenomenon can also be very dangerous. Indeed, when the lava reaches the ocean, it freezes, blackens and hardens while releasing water vapour. The lava delta thus created is an unstable terrain that can collapse at any time. Moreover, at least 9 hectares of land collapsed on December 31. Fortunately, no victims are to be deplored despite five tourists who ignored the warnings to dodge the safety distances to approach a little too close. There was also no plane or boat reported in the area at the time of the collapse.

To limit the risks during this kind of completely unpredictable event, visitors are thus invited to respect a safety distance and must remain behind the barriers put in place around the flow of lava. The contact of the lava with the ocean indeed produces a very corrosive plume of hydrochloric acid and volcanic particles. The place is therefore dangerous, unpredictable, but also really beautiful as evidenced by the images below. The awakening of the Kilauea volcano, in Hawaii, indeed attracts many tourists who prefer to abandon the fine sandy beaches to observe the lava flowing into the sea.