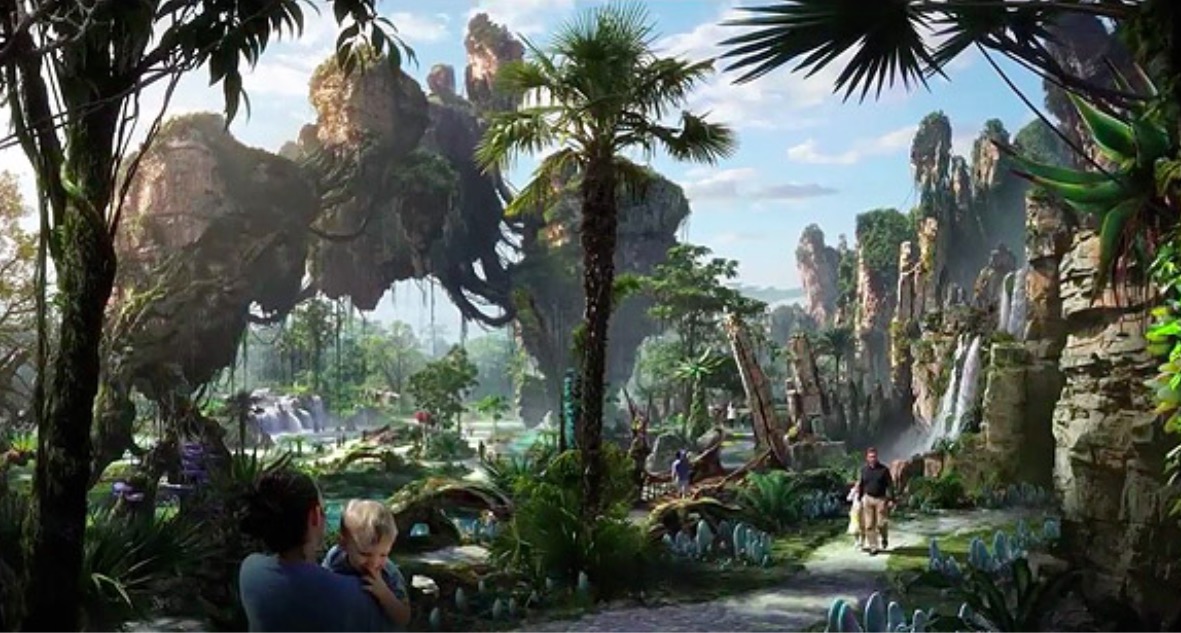 Disney wants to build an amusement park bringing the world of the Na’vi to life by recreating it as faithfully as possible. Currently under construction, a recently published video shows the progress of this ambitious project.

The announcement of the construction of this park was made two years ago by Disney. It will be established in Orlando (state of Florida, United States) for the summer of 2017. Slowly, but surely, the park is taking shape and the theme of the latter is well known since it is about the world that we can be seen in James Cameron’s 2009 film Avatar.

“Visitors will face impressive floating mountains and walk through a nocturnal jungle of bioluminescent plants. Visitors will also experience what it feels like to take flight on a Banshee,” said Tom Taggs, president of Walt Disney Parks.

The park will bear the exact same name as the world of the Na’ vi, namely Pandora. It’s about getting as close as possible to the magnificent universe of the film imagined at the time by the filmmakers, seven years ago now. The creators of the park strive to shape as many details as possible and try not to overlook any detail.

The video visible at the end of the article shows some happy visitors who had the chance to enjoy a nighttime boat trip on a peaceful river under fluorescent lights corresponding exactly to the flora present in Avatar.

Thing is, the movie Avatar was a huge hit, which gives this park an important dimension even before it was finalized. This is an additional pressure weighing on the creators so that they make the latter as realistic and faithful as possible. Indeed, Avatar still holds the world record for the number of entries in cinema history ahead of the film Titanic released in 1998.

The park will also be used to promote the second part of Avatar (scheduled for 2018) which will therefore indeed be a saga. Here is the famous video published by Disney where the creators give a little more information on the future Pandora park: