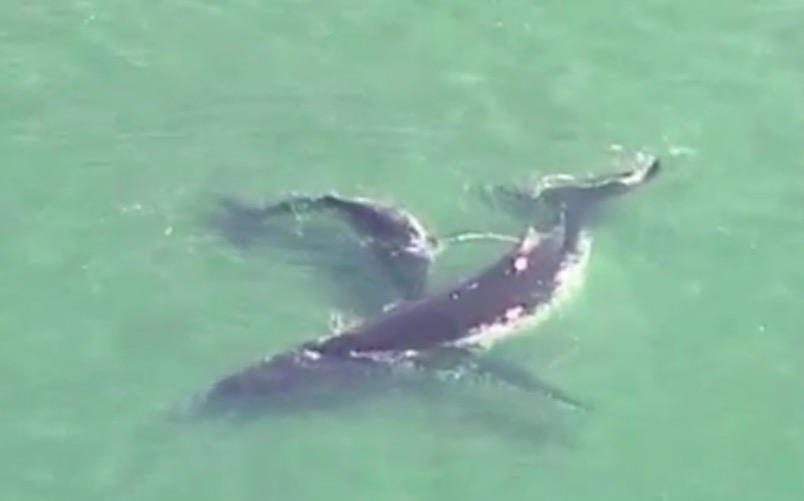 It’s the beautiful image of the day, that of a little one capable of surpassing himself to help and probably save his mother’s life. The scene takes place near North Stradbroke Island, Australia, and the protagonists are a calf and its mother, trapped on a sandbar.

North Stradbroke Island is an Australian island located in the state of Queensland, 30 km south of the capital Brisbane. This is where a few days ago, a humpback whale (Megaptera novaeangliae) ventured too close to a sandbar, which trapped the cetacean, which uttered cries of distress, cries that its calf probably heard.

The little one then gave everything to help his mother, venturing in turn into these very shallow waters. A relentless 40 minutes during which he tried to push his mother in all directions to free her. A perseverance that paid off because at the end of these 40 long minutes, the little one managed to bring his mother back into slightly deeper waters, with the help of the rising tide.

A QPWS spokesperson, rescuers from the Queensland Parks and Wildlife Service said :  » The whale and her calf then moved away. The female was still stressed and tired“. A very beautiful story.