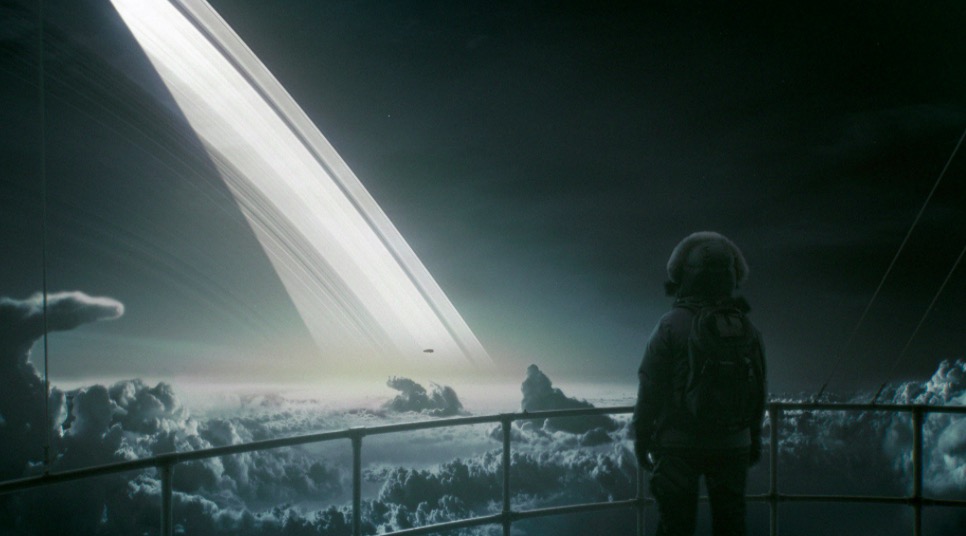 If the state of the world is depressing you and your only aspirations are to escape from these earthly obstacles, tell yourself that the most brilliant minds on the planet are currently working to make this dream a possible reality.

The short film Wanderers, signed by digital artist Erik Wernquist, is a vision of humanity’s expansion into the solar system based on ideas and concepts thought for a near future in space. In less than four minutes, Wanderers transports us through near space imagining future humans base-jumping from the highest known cliff in the solar system, Verona Rupes (on Uranus’s moon Miranda), floating through Saturn’s clouds or hiking on the icy plains of Europa, one of Jupiter’s moons.

The locations depicted in this film are digital recreations of real locations reconstructed from real photos and data maps collected by the Jet Propulsion Laboratory of the NASA (JPL) and the Goddard Space Flight Center of the European Space Agency (ESA). Discover without further delay an overview of the fantastic and magnificent nature that surrounds us (press the little « cc » button to display the subtitles in French), otherwise find the literal translation below:

» Despite all its material advantages, sedentary life has made us nervous, dissatisfied, even after 400 generations criss-crossing villages and towns, we have not forgotten. The uncharted road calls us softly, like an almost forgotten childhood song. We explore distant places with a certain romance. This attraction, I believe, has been meticulously shaped by natural selection as essential to our survival. Long summers, mild winters, bountiful harvests, abundant game—none last forever. Your own life, or that of your loved ones, or even that of your species, could be due to a few restless ones drawn by a need they can barely express or even comprehend, to uncharted lands and new worlds. Herman Melville, in Moby Dick, spoke for vagabonds of all times and places. He says: “An eternal itch for distant things torments me. I love sailing on forbidden lands…”. Maybe it’s a little early. Maybe it’s not time yet. But those other worlds—promising great opportunities—are calling to us. Silently, they orbit around the Sun… And wait. »

Here, a group of people are waiting for an airship at the rim of Victoria Crater, on Mars:

Base-Jump from the highest known cliff in the Solar System, Verona Rupes, on the Miranda of Uranus:

A group of people hiking through the icy plains of Jupiter’s moon Europa. Jupiter and another of its moons, Io, are in the background: