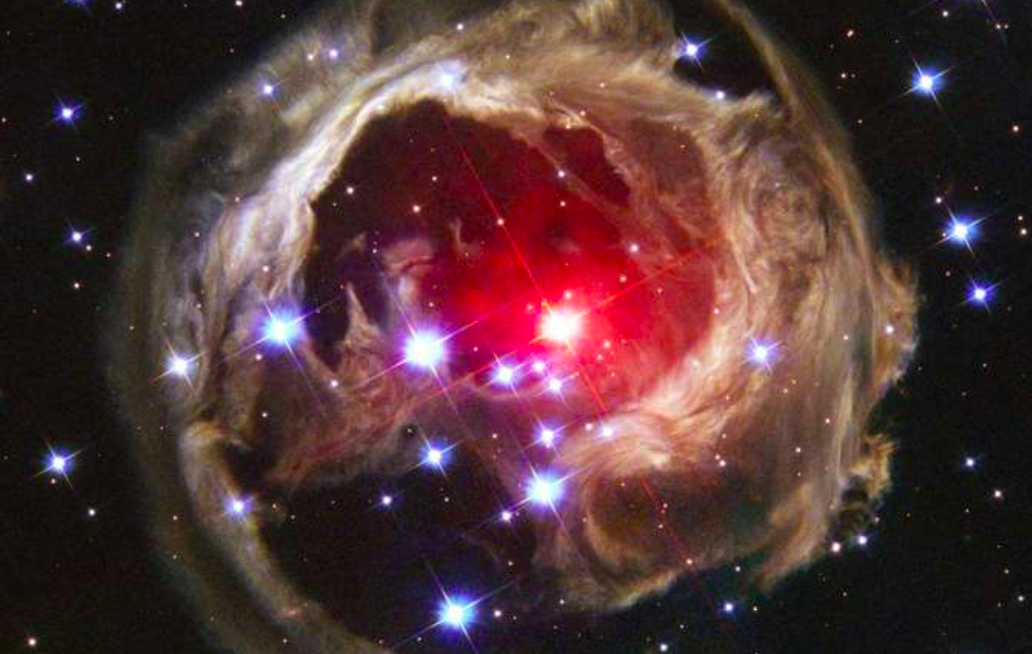 We can consider it as a cosmic indigestion. A large star swallowing its smaller companion has caused a violent explosion in the Andromeda galaxy. And this was predicted by the son of Charles Darwin 150 years ago.

In January 2015, observers were able to see a red nova rare whose luminosity surpasses traditional novas. At its peak in brightness, the red nova emitted 500,000 times more light than the sun and outshone the brightest stars in the Andromeda galaxy, which lies 2.5 million light-years away.

In 2008, a red nova called V1309 in our galaxy has helped to understand these strange eruptions. Luckily, the astronomers were able to compare the data with that which preceded the explosion. Astronomers have figured out that the red nova is the result of 2 stars spiraling past each other to form a single star. The melting propelled gas which expanded and cooled giving off a red light. The red nova in Andromeda, M31LRN 2015, has a similar light, as the Hubble telescope observed this star 10 years ago. The conclusions of Morgan MacLeod of the University of California and his colleagues are that a yellow giant swallowed a small red.

The merger observed in January 2015 was more violent than that of 2008. Hubble observations show that the yellow giant was 4 times more massive and 7 times larger than the sun. The tiny star was too small to be observed by Hubble, but models suggest it was a red dwarf with a mass equivalent to 10-60% of the sun’s. Normally, in a normal couple, the gravitational force blocks the rapid rotation of the other body and the result is that the 2 stars present the same face.