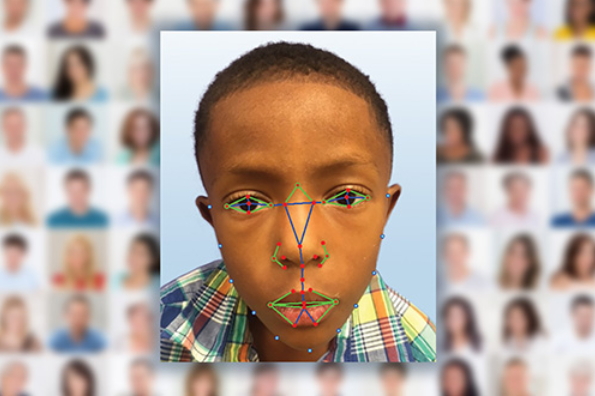 American genetic researchers have used a facial recognition system to more easily detect a rare disease. This genetic disease is also declared differently depending on the patient and this technique used gives hope of obtaining better diagnoses.

Facial recognition, a new fashionable medical tool? This could be so important is the progress made in this area. According to an official publication, the American Human Genome Research Institute (NHGRI) used this technology to detect a rare disease affecting African-American, Asian-American and Latino patients.

This rare genetic disease is none other than DiGeorge syndrome (one in 3000 births), which occurs in people whose origin is other than Caucasian. This syndrome can cause heart disease, immune deficiency or more or less marked facial dysmorphism.

“Human malformation syndromes take on a different form in the places in the world where they occur. Even the most experienced clinicians sometimes have trouble diagnosing genetic syndromes,” explains Paul Kruszka geneticist at the NHGRI.

Difficult to diagnose, DiGeorge syndrome will surely be more easily identifiable with facial recognition. This technology has been tested on 156 patients mixing people with and others not. According to the results, 96.6% of cases of people affected by the syndrome were successfully diagnosed based on 126 different facial characteristics.

This is a real breakthrough having been included in an atlas created by the NHGRI in 2016, the purpose of which is to gather information on the physical traits that can identify a genetic disease. This tool is a real time saver for doctors in the context of the development of the diagnosis which will also be more precise:

“Medical providers in the United States like those in other countries with fewer resources will be able to use the atlas and facial recognition for initial diagnostics. This allows for faster treatment with the potential to reduce pain and suffering for children and their families,” says Maximilian Muenke, another NHGRI geneticist.

Facial recognition is therefore a very promising technology on the way to becoming a medical tool in its own right. Already tested for genetic diseases such as trisomy 21 or the Noonan and Williams syndromes, it could be that other diseases integrate its field of action.