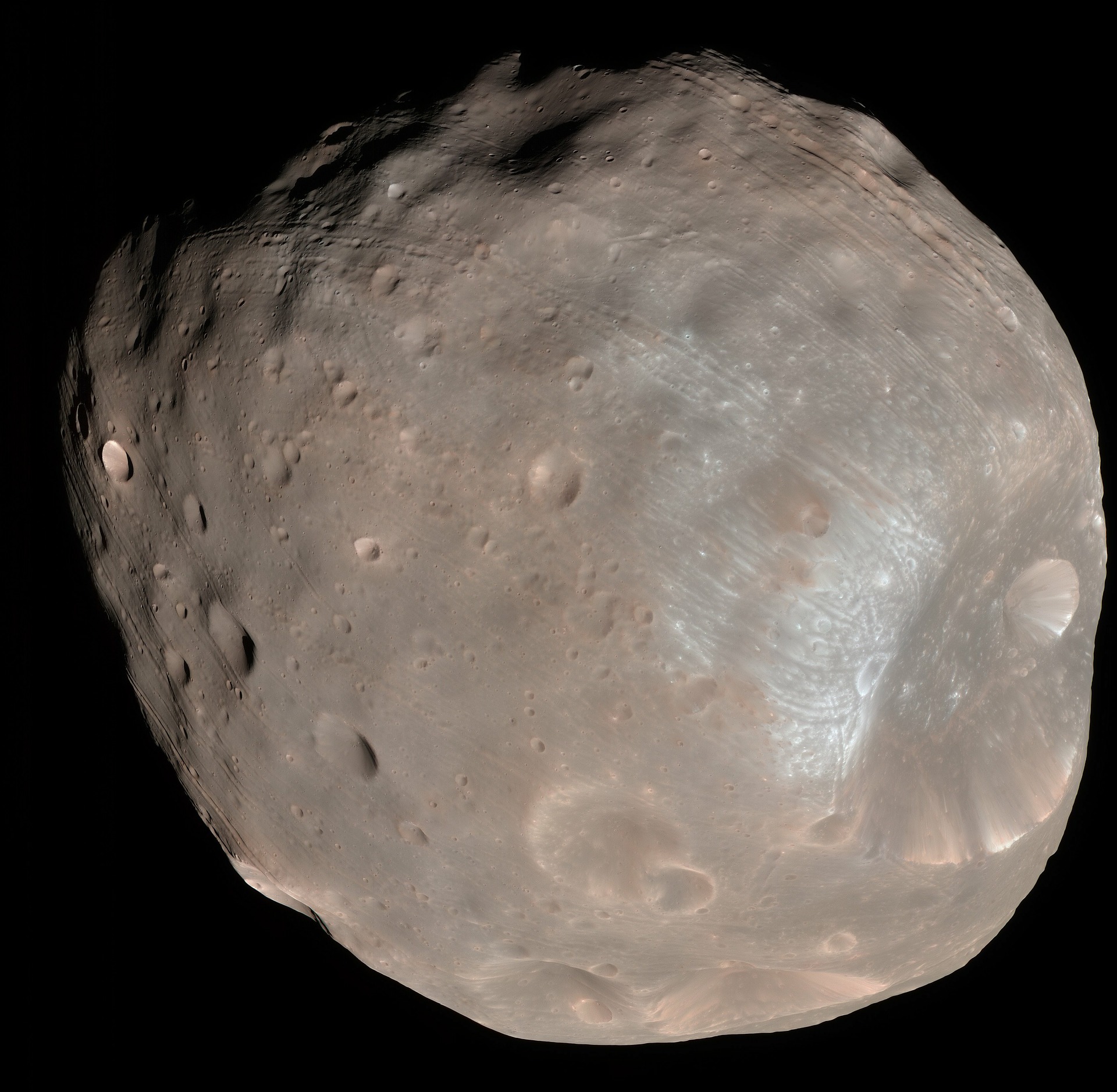 Phobos, one of the moons of Mars, is in the process of destruction to form a planetary ring. A study suggests that this process is not new and that a ring/moon alternation has long existed for Phobos.

Phobos is one of the two moons of Mars, a tiny celestial body that orbits very close to the red planet along with its little sister, Deimos. Already doomed to break up, it will form a planetary ring in the future. According to a new study, this process of destruction will not be the first of this moon nor the last.

While the formation of Phobos and Deimos is subject to many hypotheses, one suggests that they were created when the impact that led to the formation of Mars’ boreal basin threw debris into the space. For some, this event directly led to the formation of the moon Phobos, but a new theory has emerged from the work of David Minton and Andrew Hesselbrock, scientists from Purdue University, USA. They publish their work in the journal Nature Geoscience.

According to them, this debris first composed a ring and then agglomerated to form Phobos. This is also the predicted future of this moon. Thus, it would experience an alternation between planetary ring and celestial body. The two researchers suggest that this process started about 4.3 billion years ago with the formation of the North Polar Basin (Boreal Basin) of Mars, which covers about 40% of the planet in its northern hemisphere.  » This large impact would have thrown enough material from the surface of Mars to form a ring “, explains David Minton.

This debris that makes up the ring derives from Mars and clumps together to form the moon. Since Phobos’ orbit brings it closer to the Red Planet, the moon disintegrates as it passes the Roche boundary, which defines the distance from which tidal forces from Mars disintegrate the moon. So the process repeats itself.

For the two scientists, this process has already repeated itself between three and seven times and each time the moon is five times smaller than the previous time, debris raining down on the surface of Mars, which would also explain the topographic characteristics Of March. Phobos is expected to reach this Roche limit in 70 million years.

» You could have had mile-thick piles of lunar sediment raining down on Mars in the early parts of the planet’s history and there are enigmatic sedimentary deposits on Mars with no explanation of how they are arrived there. And now it is possible to study this material “, explains David Minton.

To refute the hypothesis that Phobos was created upon impact on Mars 4.3 billion years ago, the researchers put forward the orbit of Deimos, which has changed very little since its formation. Indeed, Phobos should have formed far from Mars and crossed the Deimos resonance. The two moons would then each have had a gravitational influence on the other and the orbit of Deimos would have been modified.  » Deimos’ orbit hasn’t changed much since it formed. Phobos passing through these resonances would have changed that concludes David Minton.