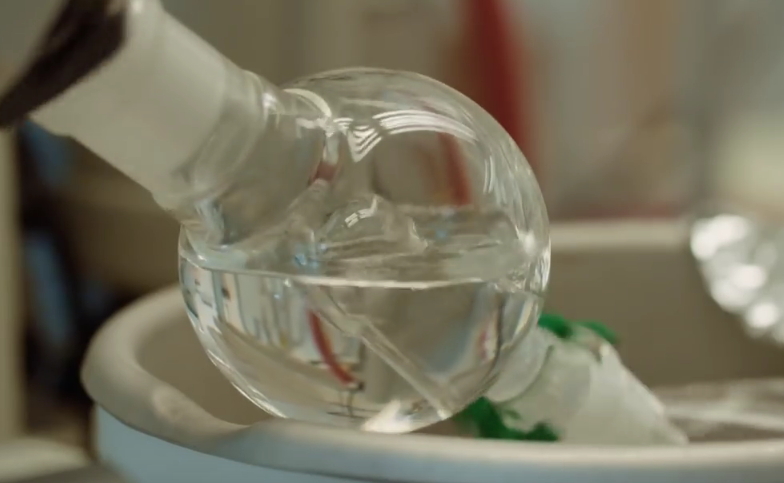 Swedish researchers are making progress in storing solar energy in a chemical fluid. At the end of the process, this energy would then be available and could be released in the form of heat.

For several years, the team of researcher Kasper Moth-Poulsen from the Chalmers University of Technology (Sweden) has been working on an idea that could represent a revolution in the field of solar energy: storing energy in a chemical fluid. Although the idea dates back to the 1950s, chemists have been trying to put it into practice for only a decade.

Concretely, it is a question of manufacturing synthetic molecules sensitive to sunlight. The latter receive light and change their own configuration in order to store energy in their chemical bonds. These famous molecules are able to keep their shape for months or even years. Once coupled with a catalyst, the latter can finally release their energy by returning to their basic shape.

Four years ago, the Swedish team explained the heart of its research by evoking the chosen molecule which comes from ruthenium (atomic number 44), a rare chemical element taking the form of a hard and brittle metal at room temperature. This element would have allowed the researchers to obtain a conversion of 0.01% of solar energy.

According to a very recent publication in the journal Energy & Environmental Science, the same team indicates that it has increased this yield to 1.1% by using another molecule based on organic components. According to the researchers, the manufacture of this molecule would be much less expensive since the raw material (carbon) is more abundant and could withstand 140 cycles of storage then release without being damaged.

“By combining this molecular thermal system with conventional solar panels, we can convert more than 80% of sunlight,” explains Kasper Moth-Poulsen.

The Swedish researchers have therefore succeeded in multiplying the yield of their process by a hundred by simply changing the molecule, which also saves money. However, such results should be improved and optimized in view of an industrial application. For example, this molecule could be integrated into thermal solar panels for the production of hot water for domestic use.