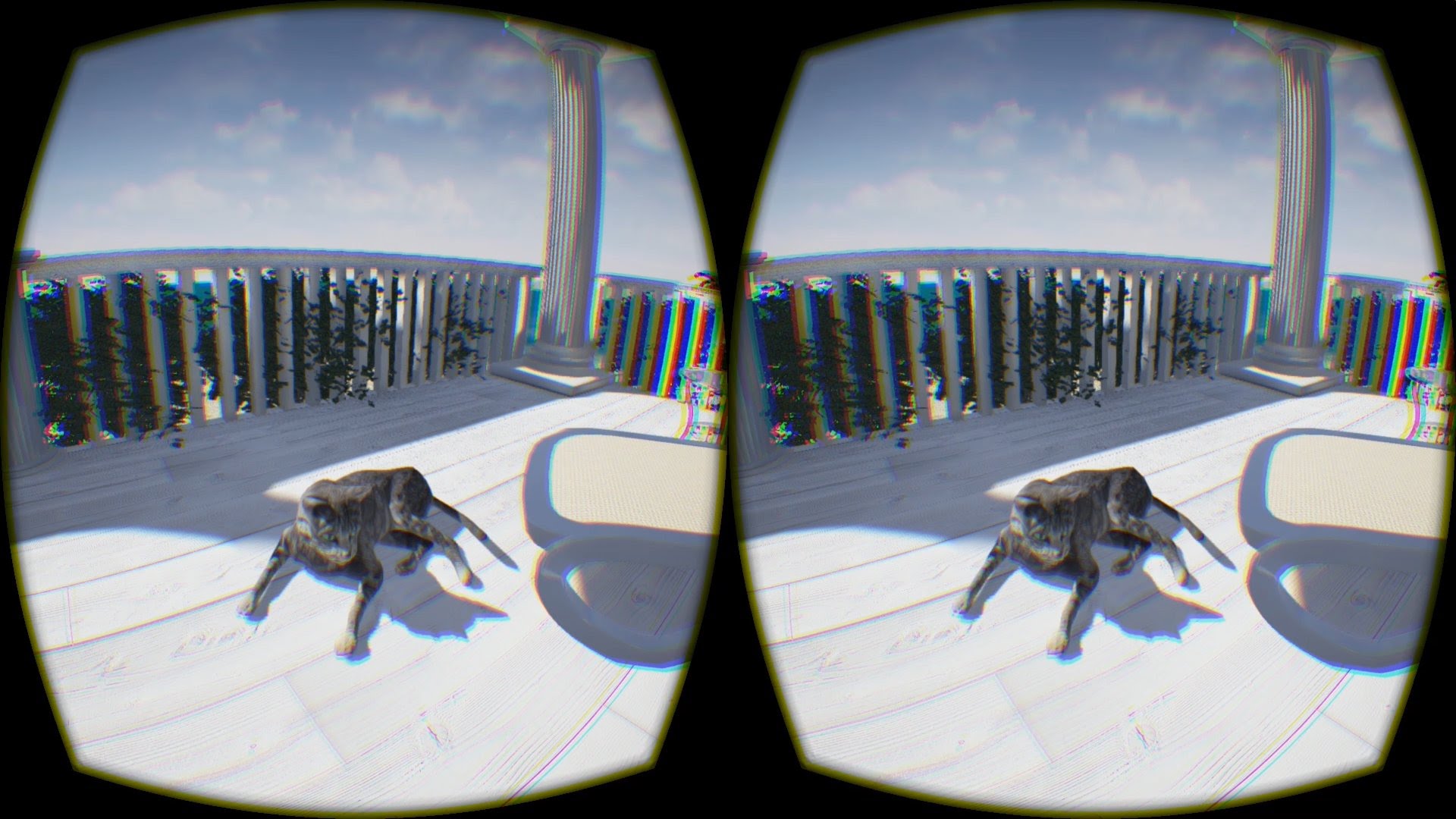 Developers have developed a « jacket » for cat to integrate the latter into your virtual reality environment. The question is not to know if your cat is fond of this technology but the latter could for example prove useful in order not to step on it during a lively game.

The VIVE Tracker device has been reused in a curious way by the British studio Triangular Pixels, bringing together four young independent game developers. This small group works extensively on virtual reality, the technology of the moment having conquered many amateurs. Their latest idea is however unprecedented: to model a pet in a universe in virtual reality.

To achieve their ends, the developers simply thought of attaching a VIVE Tracker to their cat. A virtual avatar is created with the image of the animal and reproduces its movements, such as walking, lying down, sitting down or taking a nap. In the video visible at the end of the article, the cat moves in the universe of the game Unseen Diplomacy developed by the studio. This one walks in a lake of molten lava or even sits next to a dog-robot.

Obviously, the feline does not perceive what is happening since the device is mainly intended for the master, in order to see his pet in the middle of a game when he has the bad idea to come into the play area, in order to not to step on him and hurt him. Triangular Pixels is currently working on a system that allows you to embed your animal in the game this way, without interfering with the user’s immersion.

Are we on the eve of the virtual reality headset for animals? Joking aside, in order to reproduce the experience at home, you will need to acquire the VIVE Tracker sensor dedicated to the HTC VIVE headset. Here is the video demonstration: