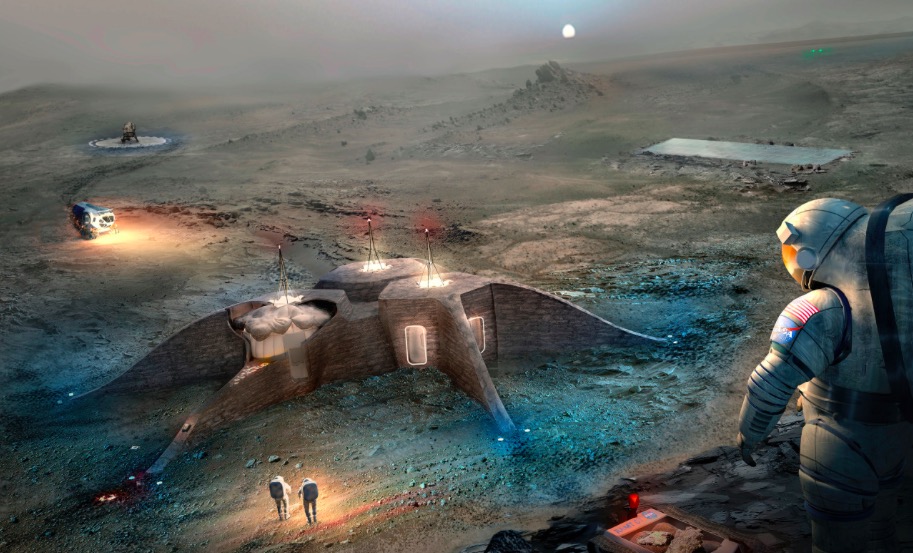 The American space agency launched a competition last year to imagine the type of habitat that will be used during the colonization of the red planet. The second phase of this competition focuses on 3D printing. Explanations.

NASA again and again asks for the help of American citizens (and holders of a green card) wishing to contribute to the Martian conquest. After launching the first phase of its competition in May 2015 for the best designs, the agency has now started the second phase of the competition, whose avowed goal is “to create a recycling system capable of giving shape to structural components based on earth and space materials, as well as recyclable waste”as indicated by NASA in the competition program.

This is for participants to propose the best practical 3D printable solution until January 31, 2017. The winner will receive the tidy sum of $1.1 million.

Steve Jurczyk, a senior NASA official, explains that “housing is an obvious necessity as we prepare to explore worlds far beyond our planet. However, the surface and the weight of our vehicles remain essential and they will be occupied by the resources necessary for our survival. »

Indeed, the question of the weight of the equipment that will be embarked on the red planet is crucial and it is a question of finding the best practical solution combined with the materials that will be found there.

“We need a technology that can reuse the material transported so far and associate it with what is already there, in this case the Martian soil. We already recycle on Earth — why not on Mars? », continues Steve Jurczyk.

The third and final phase of the project will consist of the application of the first steps in the context of the concrete manufacture of these habitats. To be continued !

Here are the three best designs selected at the end of phase 1: