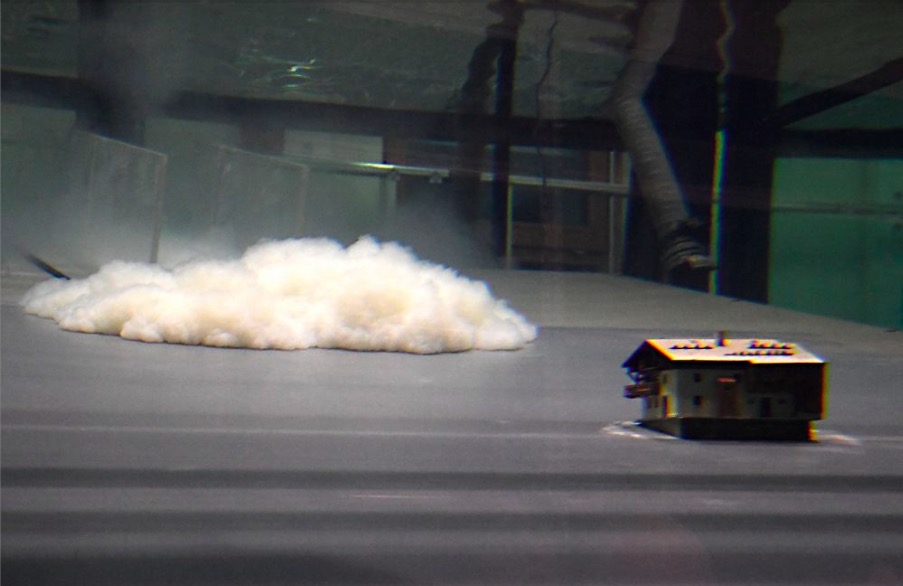 In the Alps, scientists are carrying out astonishing experiments intended to reproduce the potentially catastrophic consequences of avalanches which affect nearly 600 French municipalities.

The researchers of theNational Institute for Research in Science and Technology for the Environment and Agriculture (Irstea) based in Grenoble have incredible tools at their disposal. The most striking of them is undoubtedly a kind of giant aquarium filled with water (20 min 3 s).

The latter is used to study the effects of avalanches. The huge tank has an inclined plane embodying the side of a mountain on which is the model of a house destined to withstand the onslaught of the avalanche. This is then represented by salt water dyed white, therefore having a different density from conventional water. The experience is shown in a video shot by Science and Future seen below:

Why such an experience ? Irstea researchers want to design the most effective avalanche protection systems. These are mostly dikes, racks and nets. Thus, it is a question of measuring the speed of flow, parameters which will be counted and integrated in the development of protections which will have the role of reducing this same speed, as well as the devastating effects downstream.

One of the institute’s researchers, Florence Naaim-Bouvet, explains:

“Such simulations are carried out to see what is the influence of the protective devices on the stakes located downstream – especially houses – because if the avalanches of powder snow cannot be stopped, their energy can be reduced. »

Another Irstea tool is an equally surprising large model of the Goûter refuge, located on the Mont-Blanc massif. This scale model is placed in the tunnel of a wind tunnel, while the snow is simulated by sand (or PVC). It is a question here of being able to predict in which places of the building the snow will accumulate the most, a technique that could be reproduced on any other construction. Here again, the researchers will give recommendations aimed at preventing excessive accumulation of snow in places.

“When you put up a dike to stop an avalanche, you are asking a flow of grains – the snow – to suddenly change from a fluid state to a solid state. And this results in the formation of a jump”, explains Thierry Faug, also a researcher at Irstea.

The jump is nothing other than a sudden rise in the snow after hitting a protection, which then spreads like a wave. Thus, any dyke-type protection must have larger dimensions than the famous jump whose maximum potential height will have been assessed. The construction of protection against avalanches therefore requires perfect knowledge of the phenomenon.