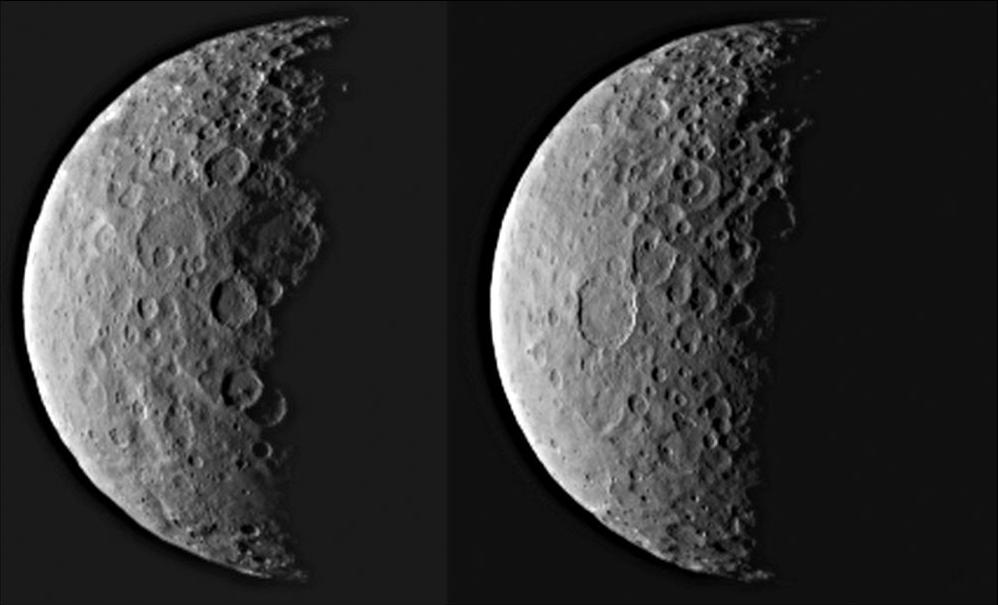 The latest data received from the Dawn probe confirms the presence of water in the form of ice hidden in the shadow zones of the dwarf planet Ceres, located in the asteroid belt between Mars and Jupiter.

At 950 km in diameter, Ceres is the largest body in the main asteroid belt. It is also the closest dwarf planet to the Sun and therefore the only dwarf planet in the inner solar system. We already knew that Ceres harbored water thanks to observations carried out from Earth in 2014. The discovery has nevertheless just been confirmed by the Dawn probe, in orbit around the object since 2015, which specifies the distribution of this water in the form of ice in the shadow areas of Ceres (sheltered from the Sun’s rays) in particular inside about sixty craters which surround the northern polar region. These craters never receive sunlight and can reach temperatures of minus 200 degrees Celsius.

Thus, after the Moon and the planet Mercury, Ceres becomes the third planetary body where water ice is detected in areas of permanent shadow. Beyond this classification, the data confirmed by Dawn also indicates that the presence of water ice on rocky bodies is a common process in the solar system. The data also confirmed the presence of ammonia clays suggesting that, because ammonia is abundant in the outer solar system, Ceres was formed in the vicinity of Neptune and secondarily migrated into the inner solar system.

The Dawn probe continues to work around the planet and will continue to do so until its batteries run out. The researchers intend to study the body from top to bottom, as the latter may indeed contain an ocean under its surface. And if that basement exists, it’s technically possible that it could support life.