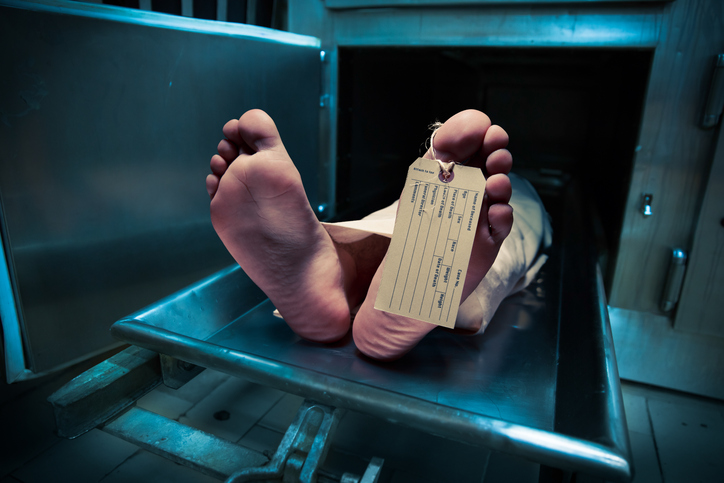 A few minutes after a person dies, his lifeless body becomes rigid. This is called rigor mortis. What explains this phenomenon?

The subject is not very pleasant, but the question arises: what explains that the body becomes rigid in the first moments following the death of a person? Rigidity in death is one of the key elements that allows forensics to accurately determine the time of death.

This rigidity is characterized by a loss of elasticity of the tissues, in particular of the muscles, and it intervenes between thirty minutes and two hours after the death of a person. First, it is the muscles of the face and neck that are affected by this phenomenon which then progresses down the body. The maximum intensity is reached between six and ten hours after death, remains at this stage before gradually disappearing after two or three days. This is the start of decomposition.

However, these moments of appearance, evolution and disappearance can change, because they depend on several factors such as the proportion of muscle cells, the initial temperature of the body (knowing that a corpse loses approximately 1°C per hour), ambient temperature, the presence of toxic products or early manipulation of the body.

The phenomenon of rigidity is explained with two proteins in the form of filaments, actin and myosin at the heart of muscle cells. At death, there is a loss of the tightness of the sarcoplasmic reticulum, a kind of pocket located in the muscle cell and containing calcium ions. However, to evacuate this calcium, energy is needed which is no longer available after death, which leads to the accumulation of calcium. Then, the actin and myosin fibers remain attached, resulting in immobilization of the muscle. Upon decomposition, the structure of actin and myosin filaments and the bonds that unite them are destroyed and stiffening stops.