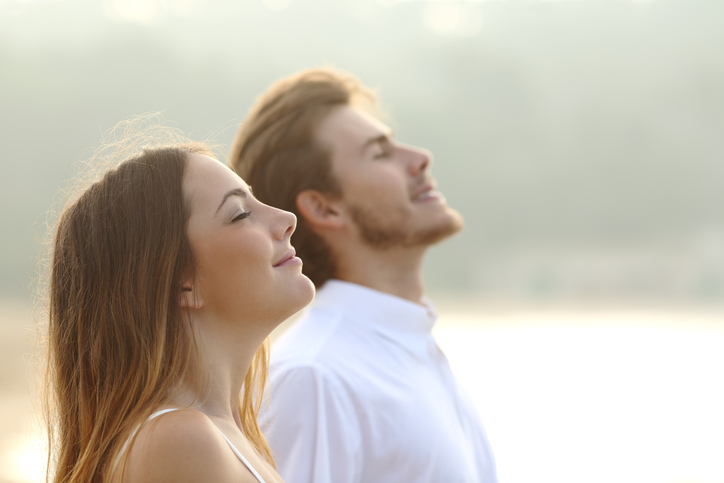 When the nervousness is high, one of the unstoppable techniques to return to calm is to breathe deeply. A scientific team has just discovered the neural circuit that controls this process in the brain.

Why breathing slowly and deeply helps us calm down and how? If the process is well known, it has never had the right to a scientific explanation. This question is the subject of work carried out by a scientific team from Stanford University, in the United States, which publishes its results on the site of the prestigious university and in the journal Science.

During experiment carried out on mouse, the scientists have identified a circuit of neurons (a tiny group of just 350 nerve cells out of the millions in the mouse brain) that regulates the connection between breathing and brain activity that affects the calmness of mouse behavior. By inhibiting these cells, they found that the mice still breathed normally, but were unusually quiet. This discovery could one day lead to the development of therapies to help people with anxiety disorders, stress and panic attacks.

While breathing is an unconscious, involuntary action that ranks among the most basic rhythms of life, humans have known for centuries the calming effects of taking long, deep breaths. AT conversely, seizures cause a person to take short, rapid breathswhich has the effect ofexacerbate discomfort. Researchers know that neural circuits in the brain regulate breathing, but until now they hadn’t identified the neural pathway that connects breathing to the emotional states of anxiety and calm.

In this work, the team led by the Dr. Mark Krasnow, professor of biochemistry at themedical schoolUniversity of Stanford, in the city of the same name in California delved into the main region of the brain that controls breathing rhythms called the pre-Bötzinger complex found in a rudimentary section of the brainstem called the pons.

Thus, the researchers discovered a subset of neurons there that transmit signals to a region located in the pons, which moderates feelings of alertness, attention and stress. These neurons express two proteins that are controlled by genes cdh9 and Dbx1.

According to study co-author Dr. Kevin Yackle, by « switching off » the activity of these genes in genetically modified mice, they were able to inhibit the approximately 350 neurons thought to be responsible for theexcitation while leaving all other neurons intact. They then found that the mice spent much longer in a calm state.

If it is relatively possible for us to control our breathing to achieve calm, researchers here hope to develop a treatment that targets these genes.  » For people with panic attacks, it is nearly impossible for them to control their breathing. Therefore, a pharmacological approach may be ideal to prevent these attacks. says Dr. Yackle.