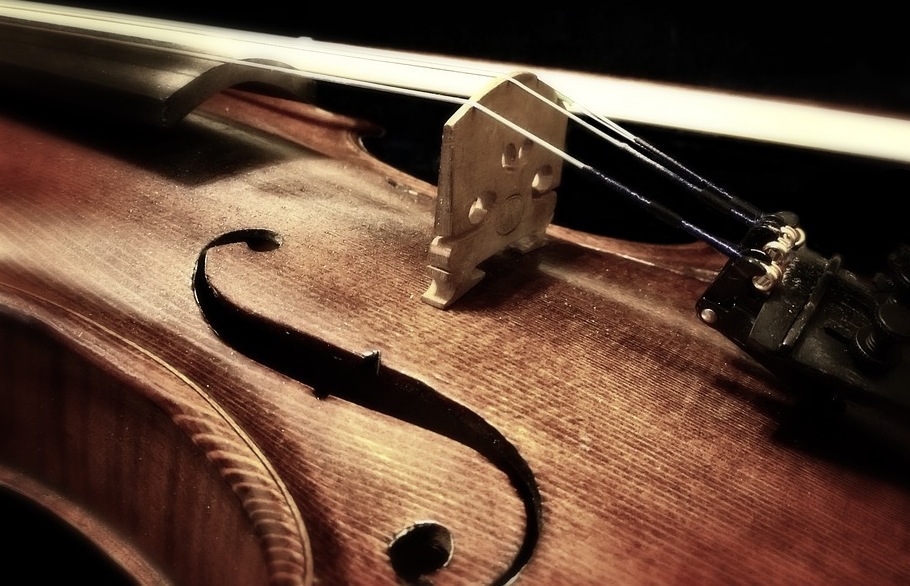 Characteristic of violins, the f-shaped soundholes are far from being a tribute to François I, illustrious client of the Italian luthier Amatine… In reality, this “f” is more an accident than a premeditated cut. This is revealed by a 2015 study conducted by Nicholas Makris and his colleagues at MIT and published in the journal Proceedings of the Royal Society.

Scholars have found that between the 10th century and the 18th century, the openings in the top of the violins evolved from simple circles to the more complex and elongated shape of the f. “The f-shaped soundholes, distinctive of violins, are not the result of human ingenuity, but of a series of random mutations”, raises The Christian Science Monitor. Indeed, cutting in wood is not a very precise activity as attested by Nicholas Makris quoted by The CSMonitor. “If you try to duplicate a hearing, you will always make a small error, 2% compared to the initial plan”. It is therefore repeated small errors that have gradually lengthened the openings of the violins. « The shape of the soundholes has thus gradually evolved from a simple circle to a semicircle, to a C shape which, by dint of lengthening, has become the characteristic f of the violin »describes Marie-Christine de La Souchère, author of the book Science and Art.

Moreover, this opening significantly and conjointly perfected their tone and amplified their sound. “The longer the f-shaped openings on the top of the violin through which the air escapes, the greater the air flow”explains the writer. “The final shape (in f) had twice the acoustic power of the circular holes”, adds The Economist. The elongated shape has therefore proven to perform better than the rounded openings of the instrument’s ancestors such as lyres. Sound amplification thus does not depend on the area of ​​the soundholes but on the length of their circumference.

It is by analyzing 470 violins produced by the dynasties of luthiers Amati, Stradivari and Guarneri between the years 1560 and 1750 that the researchers were able to observe that the deliberate change only occurs at the end of the period. Before that, it was unknown to what extent luthiers were aware that by making minute changes they gradually improved the sound and volume of their instruments. According to Nicholas Makris, “they had to listen, choose the most effective elements, and select the right instruments to reproduce. We can’t say if they understood: “Oh, we have to make the gills finer”. But they knew which instrument was the best to duplicate”.