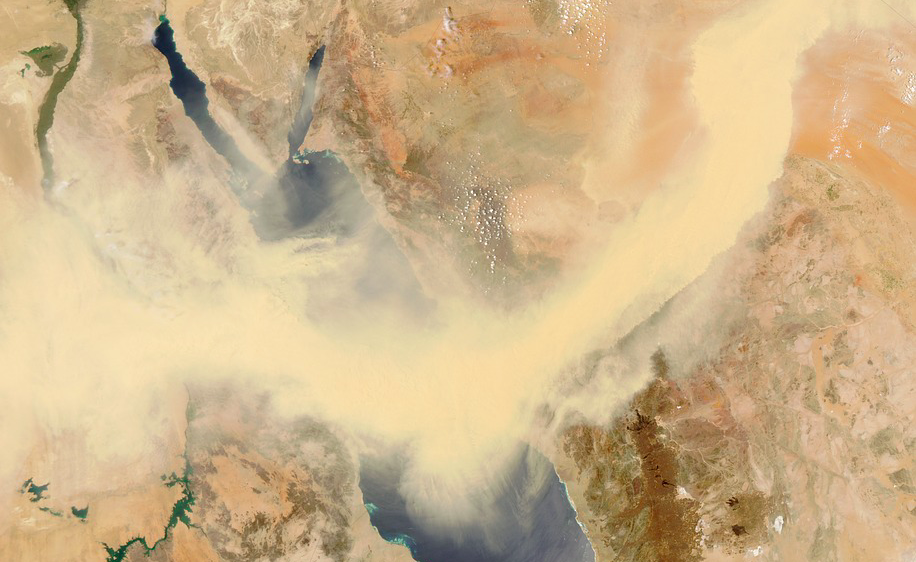 A new study tends to show that the rise in temperatures attributed to climate change could transform certain regions into areas of almost permanent heat wave. This drastic change in the climate will have the effect of creating millions of climate refugees, which will be added to those already caused by the rising waters.

Everyone, except perhaps the climate skeptics, knows the effects of the current climate change, namely the rise of the oceans, the disruption of the seasons and surface currents, or the melting of the ice. However, the objectives supposed to remedy this problem will surely never be achieved and to understand it, it is enough to see that the system in which we live does not initiate any major change in practice, and that the population itself does not finds very little blunt.

A vast study conducted by Johannes Lelieveld of the Max-Planck Institute (Germany), has just been published in the journal Climatic Change on April 23, 2016. This research aims to demonstrate that part of the regions of the Middle East and North Africa will become uninhabitable during this century.

According to Johannes Lelieveld and his team, the temperatures of the areas concerned will never be below 30°C during the night and during the day, they will reach 46°C, and even 50°C before the end of the 21st century. Thus, heat waves will occur much more often and over a longer period of time. In addition, the researchers indicate that the amount of dust present in the air will be greater in the future.

These millions of human beings will surely be doomed to leave their land of origin and will therefore become climate refugees, like the current victims of rising waters. For example, the Solomon Islands are currently facing this problem and have to move villages and towns as their territory shrinks and entire islands disappear.

“We conclude that the Mena [un acronyme pour désigner les régions du Moyen-Orient et de l’Afrique du Nord, ndlr] is a sensitive area in terms of climate change, as it could turn into a hot zone during the summer. Extreme heat has been proven to have an impact on human health, encouraging transmitted diseases by water and food, and that intense heat waves increase premature mortality” say the researchers, who logically show no optimism.