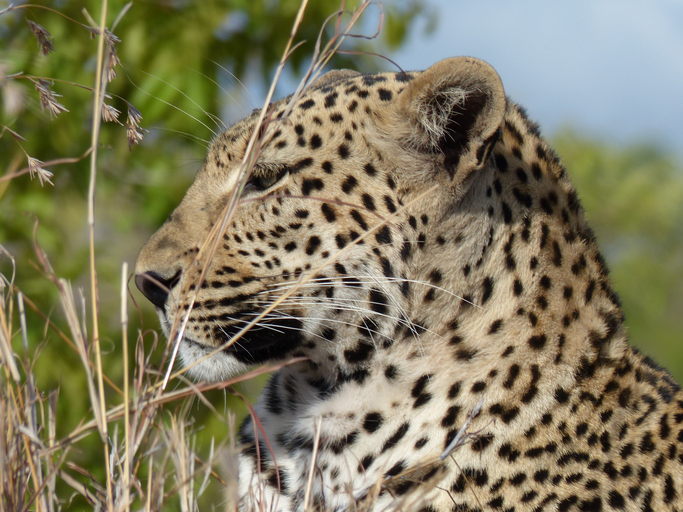 Majestic, formidable, discreet, solitary and of obvious beauty, the South African leopard may be living its last hours at this very moment. Their number is indeed collapsing very quickly in the north of the country and more precisely in the Soutpansberg massif where they were once tens of thousands. Already classified as vulnerable on the red list of the International Union for Conservation of Nature (IUCN), they are now only 4,500, most poached by breeders wanting to protect their herds. A new study warns that they could disappear from this area by 2020.

In 2008, there were more than 10 leopards per 100 km2. They are now only 3.6, a decline considered  » extremely fast by the researchers. This bitter observation follows a census campaign carried out from January 2012 to February 2016 using cameras installed in the field and the results of which were published in the journal Royal Society Open Science. A total of sixteen adult males, 28 adult females and 21 pups were photographed. They also provided eight felines with a GPS collar for 455 days. Three died in traps, one was shot without a permit, and two went missing and are presumed dead.

» Assuming that our study area is representative of the entire 6,800 km2 of the Soutpansberg massif, an extrapolation of our findings would suggest that the total number of adult leopards in Soutpansberg has fallen from around 630 in 2008 to 250 in 2016 “Said Sam Williams, lead author of this study.  » If the current downward trend is not halted, there will be no leopards left in western Soutpansberg by 2020 warns the researcher.  » This is particularly worrying as in this region the density of leopards was one of the highest in Africa. « .

The threat is human. Breeders always grabbing more ground, the preys are becoming rarer. Leopards then attack cattle, which are easier to hunt. Men then set traps, hunt and poison the felines. For the researcher, helping local populations to  » adopt non-lethal techniques as watchdogs is « essential ».